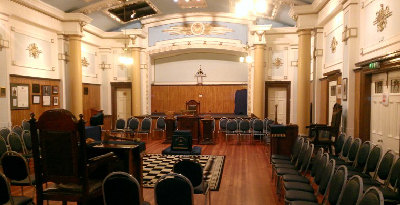 Bro. Russell Parsons, RWM led a large Deputation to Lodge Milton, Glasgow, No. 1520 on Monday 20th. May. It was indeed a Special occasion with Bro. Peter Parsons holding the Office of Depute Master in his Mother Lodge and being invited by his son to lead the Deputation from 579 into his Mother Lodge. 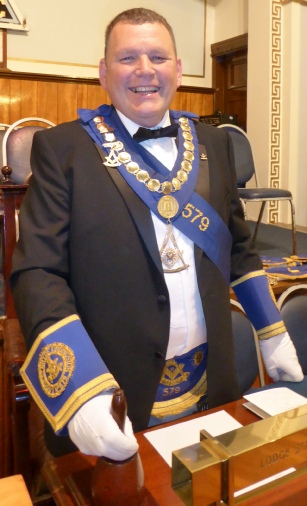 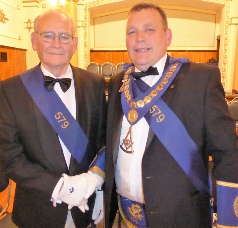 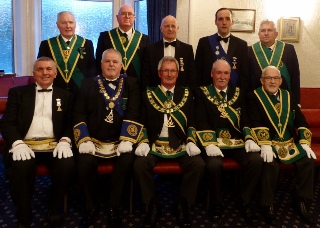 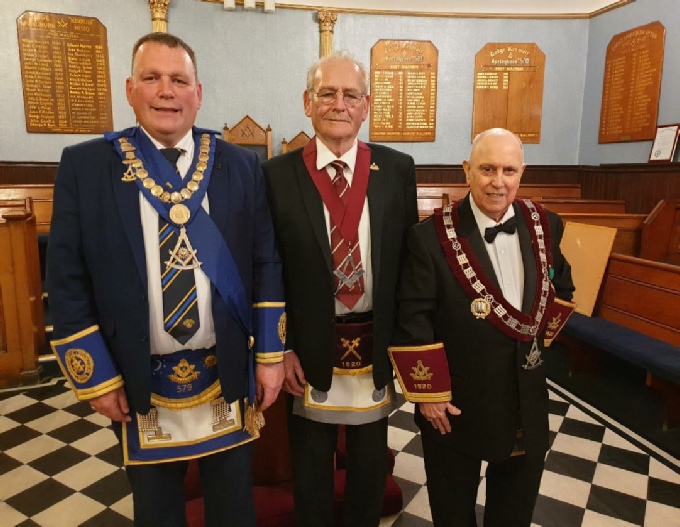 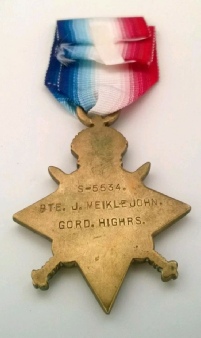 On Thursday 21st. November 2019, Brother Sir A. Boyd Tunnock a Member of Lodge St. Bryde No. 579 was Knighted at Buckingham Palace by H.M. The Queen.

Bro. Boyd was Initiated into our Lodge on 13th. April 1955 and has been a wonderful supporter of his Mother Lodge for over 60 years.

The Queen conferred the Knighthood in recognition of a lifetime in business and charity. 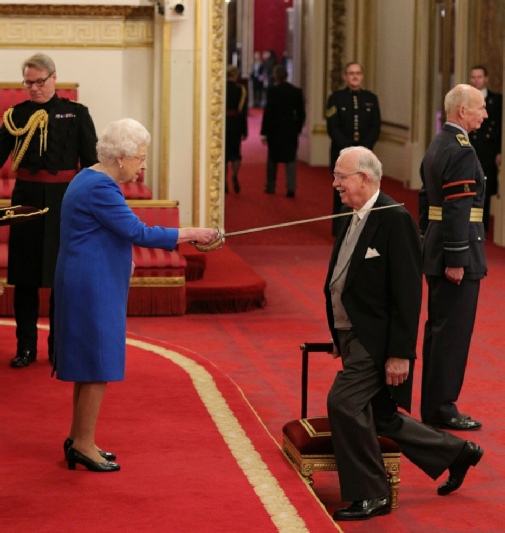 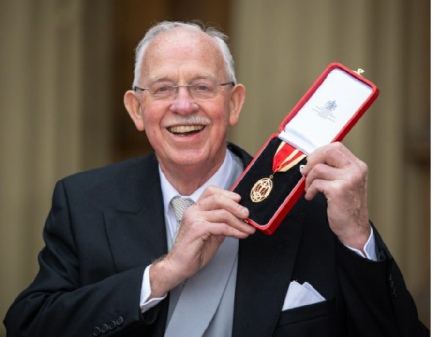 In January of this year my wife and I visited South America and I took the opportunity to meet with Brethren from Scottish Lodges and visit the Local Grand Lodges.

My first stop was in Lima, Peru where I had arranged to meet Brethren from our Lodge Peace and Concord No. 445 (the only Scottish Lodge in Peru). 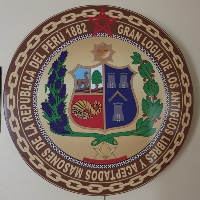 was delighted to meet the RWM and several of the Brethren for an informal meeting before I was taken to The Grand Lodge of Chile, where they had arranged a meeting with M.W. Bro. Mario Infante Saenz, The Grand Master of Peru.

The Grand Master and his Office-bearers were most welcoming and were delighted to conduct me on a tour of the Grand Temple. The museum was most interesting as the banners of a number of Scottish Lodges were on display, these Lodges transferred to the Grand Lodge of Peru when it was established. 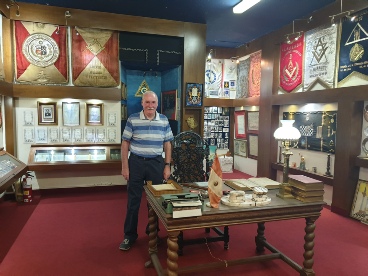 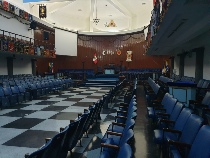 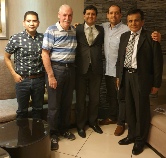 The next stop was Chile where the Grand Lodge of Scotland has two Lodges.

I met with members of our Lodge Britannia No. 1033 in Santiago and was delighted with the warmth of their greetings. Once again, they had arranged for a visit to the Grand Lodge of Chile where I was delighted to meet, M.W. Bro. Sebastian Jans Perez, the Grand Master of Chile.

This meeting was recorded, and a video has been released on the Grand Lodge webpage. 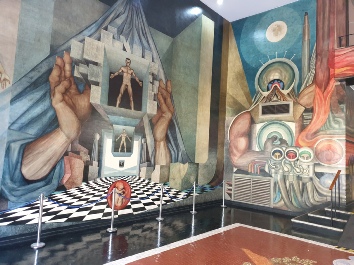 I am indebted to the Brethren of Lodge Britannia who not only gave me contact details of the other Scottish Lodge in Chile, Lodge Progress No. 812 in Antofagasta, but arranged for an Argentinian Brother to meet me in Buenos Aires, Argentina and take me to the Grand Lodge of Argentina where I had the honour of meeting with the Grand Master of Argentina, M.W. Bro. Angel Jorge Clavero and other Office-bearers. 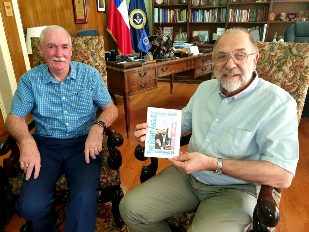 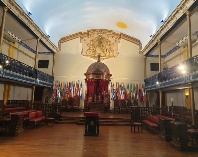 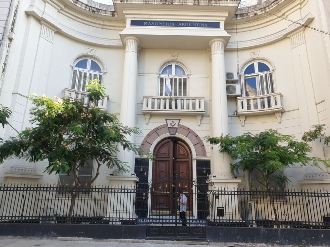 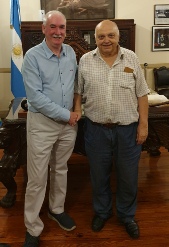 It was a fascinating experience visiting not only our Scottish Lodges but visiting the local Grand Lodges and having the honour of meeting the M.W. Grand Masters.

The Provincial Grand Lodge AGM was held on Friday 10th. January in our Hall, and what a fitting setting for the presentation to Bro. Alex Hamilton, P.M.

Bro. William Perry, P.G.M. detailed to the Brethren present the Masonic career of Bro. Alex Hamilton who had not only served his Mother Lodge, St. Bryde No. 579 but also Provincial Grand Lodge and Grand Lodge faithfully for many years.

The P.G.M. then invited Bro. James Muircroft, R.W.M. to accompany him to present Bro. Hamilton with his Honorary Grand Rank of Jeweller Certificate and invest him with his Jewel. 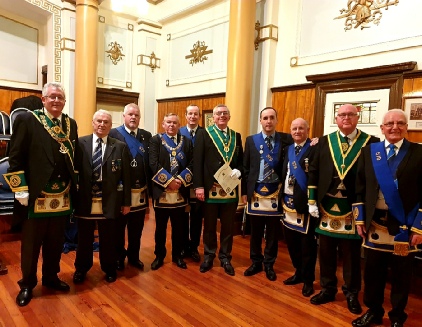 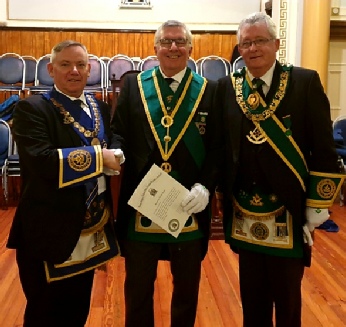